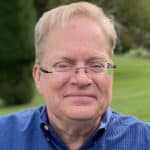 Ian Gallanar is the Founder and Artistic Director of the Chesapeake Shakespeare Company in Baltimore, Maryland and is the President of the Shakespeare Theatre Association, the international organization for professional Shakespeare theaters.

Ian founded the Chesapeake Shakespeare Company in 2002, directed its first production Twelfth Night, and has directed over 40 productions for the company over its 18 year history including Hamlet, King Lear, Romeo and Juliet, Othello, A Midsummer Night’s Dream, Richard III, Cyrano de Bergerac, Our Town, Alice in Wonderland among many others. His original adaptation of Charles Dickens’ A Christmas Carol has run six consecutive years at the Chesapeake Shakespeare Company and is one of Baltimore’s best-selling resident productions of the last 20 years.
Since 1980, Ian has worked in professional theaters across the United States as an Actor, Playwright and Director. He has served as Artistic Director for the Repertory Theatre of America, National Theatre for Children, Minnesota Shakespeare in the Park and the Small Change Original Theater.
He wrote and created the national live theater tours of Where in the World is Carmen Sandiego? and Newton’s Apple amongst many others. Ian’s scripts have been seen by more than a million people across the country.

Ian is a Distinguished Alumni of the Indiana University of Pennsylvania, a Telly Award Winner, a Howie Award Winner – Howard County, Maryland’s Lifetime Achievement Award for Outstanding Artist and a Helen Hayes Tribute Award winner. In 2015, he was invited to become a member of the prestigious National Theatre Conference. Ian is also a member of the Dramatists Guild and is the host of CSC’s podcast Planet Shakespeare, a series of interviews and conversations with Shakespeare practitioners from around the globe. 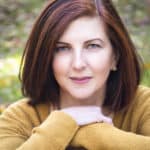 Lesley Malin is a founder of The Chesapeake Shakespeare Company and has served as its Managing Director since 2003, supervising its growth into one of the largest theatres in Maryland and the fifteenth largest Shakespeare theater in the U.S., all without ever taking a single accounting or management class.

She managed CSC’s 2012-2014 building renovation of an 1886 bank into its award-winning modern Shakespeare playhouse as well as the associated $6.7 million capital campaign. She also oversaw the 2017 expansion of the CSC campus to the neighboring building, creating the educational space, The CSC Studio. A pedestrian bridge between the two buildings was built and opened in 2019.

She produced CSC’s productions of Measure for Measure (2020), The Winter’s Tale (2018), Anne of the Thousand Days (2016), Pride and Prejudice (2012), The Country Wife (2009), and Dog in the Manger (2007). Her acting credits at CSC include Lady Macbeth, Paulina in The Winter’s Tale, Lady Bracknell, Mrs. Fezziwig, Beatrice in Much Ado About Nothing Mrs. Bennet in Pride and Prejudice, Anne Frank’s mother, the Queens in Richard III and Cymbeline, Titania, and Mrs. Hardcastle in She Stoops To Conquer; previously, she performed in New York.

She has, for twenty years, been the vice president of the board of trustees of The Lark, a new play development center in New York City, where she previously served as Managing Director. She served on the Executive Committee of the international Shakespeare Theatre Association for five years and organized its 2017 conference that was held in Baltimore.

She is a graduate of Washington University in St. Louis, NYU’s Arts Management program, The LEADERship Baltimore (2018), and Leadership Howard County (2009).